Our patented product systems designed specifically for waste management, erosion control and soil stabilization are being used in a variety of industries from local municipalities to large, 300+ acre industrial and utility sites. 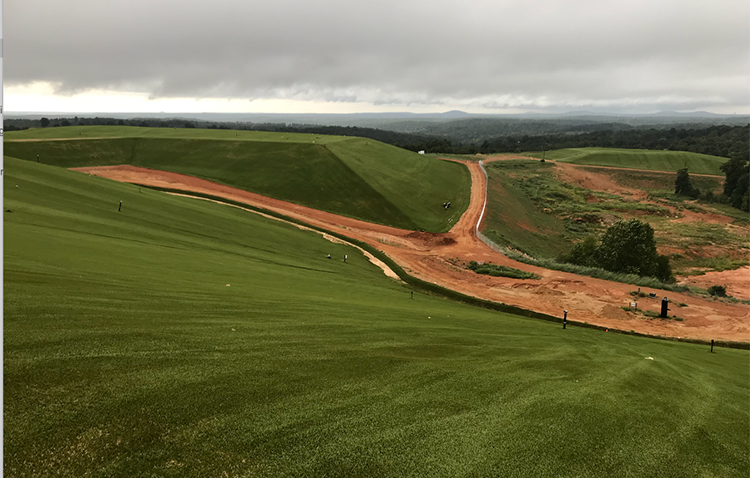 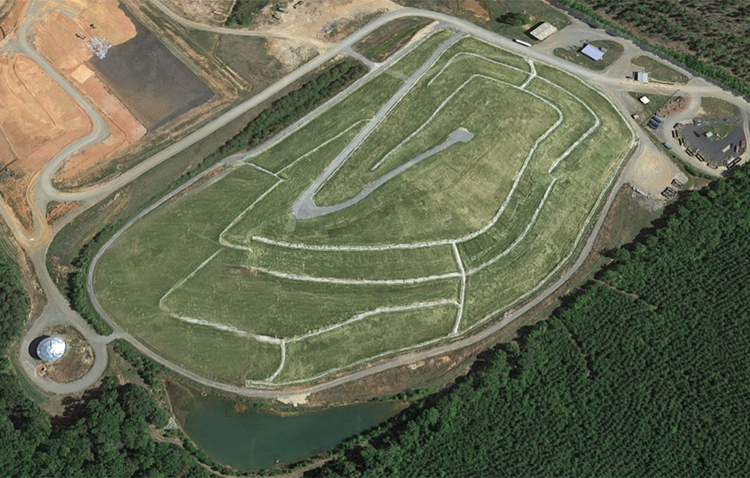 ClosureTurf is designed to solve soil erosion issues and protect the environment. Watershed Geosynthetics offers a complete line of closure products created specifically to address the critical needs of coal ash applications. By capping landfills and storage ponds with our patented 3 component closure system, ClosureTurf can help reduce the hazards of uncapped coal ash, save on installation and maintenance costs, and improve the environment. 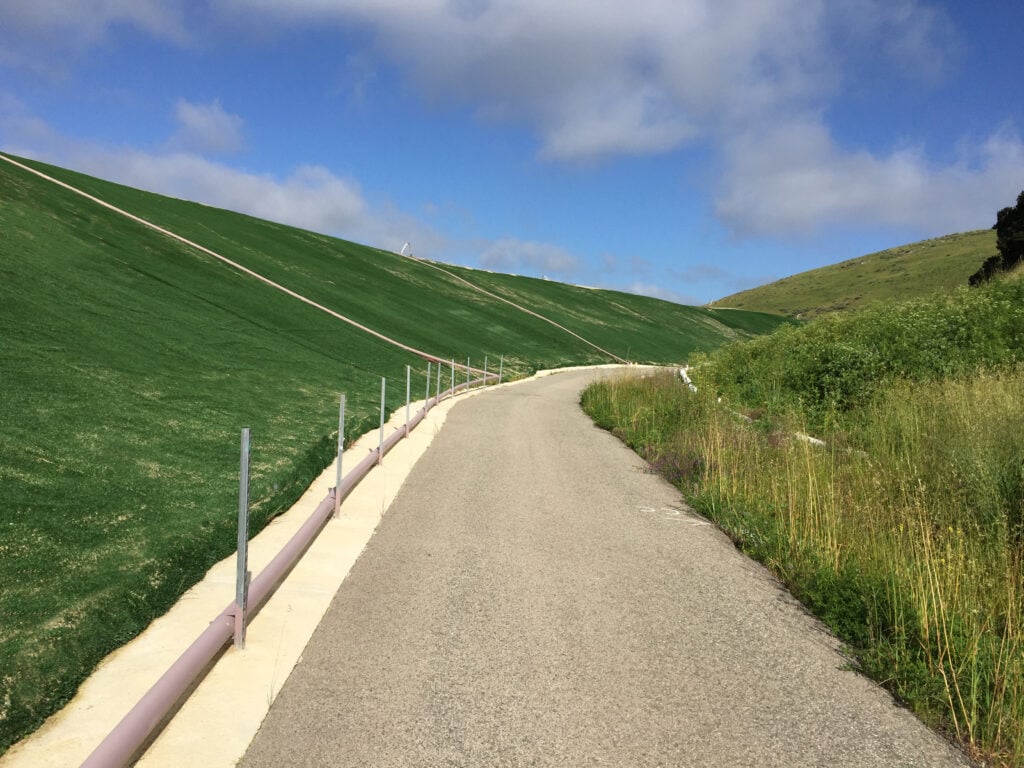 Commonly known as monofils, ClosureTurf is an ideal closure solution for industrial sites where byproducts are disposed on site and require final closure. 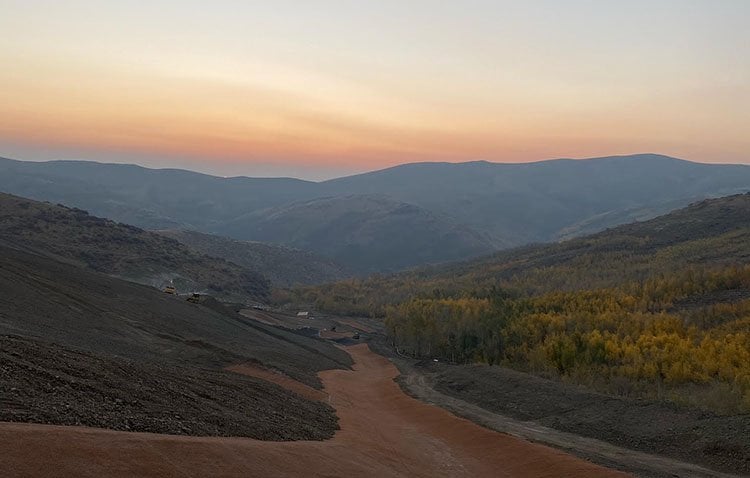 Tailings, also called tailing ponds, are the materials left over after the process of separating the valuable portion from an uneconomic portion of an ore. The pond is generally impounded with a dam and known as a tailing’s impoundment. Tailings ponds are used to store waste made from separating minerals from rocks (slurry) produced from mining. ClosureTurf provides many benefits to mining applications.

Comprised of an engineered turf and permanently attached to a high strength polymer backing for increased gas collection efficiency, VersaCap® is an intermediate, long-term cover for landfills that does not require additional maintenance once installed. Unlike exposed geomembrane covers that have to be replaced every few years, VersaCap can last up to twenty years. 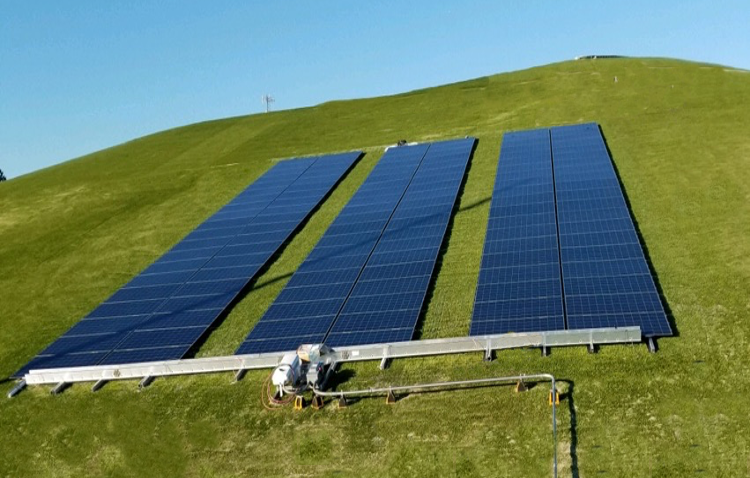 With federal regulations requiring the closing of power plants’ coal ash impoundments, PowerCap provides an ideal opportunity for utilities to deploy solar generation alongside active or retired coal-fired plants. One of the biggest hurdles to utility-scale solar is finding suitable sites with suitable grid infrastructure for interconnection. By nature, this problem is alleviated when solar is sited at an existing or retired power plant and the impoundments have been capped with ClosureTurf®. Utilities benefit from PowerCap generation, from ClosureTurf environmental aspects and from showing communities the commitment to clean energy sources. 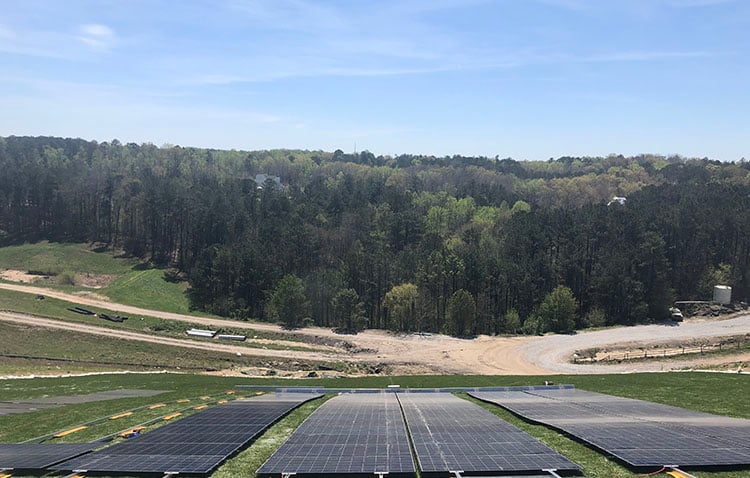 Commonly known as monofills, industrial sites where byproducts are disposed and stored make an ideal site for PowerCap. Companies are able to combine renewable energy production for nearby facilities with resource-efficient land use for monofils that are already capped with ClosureTurf. 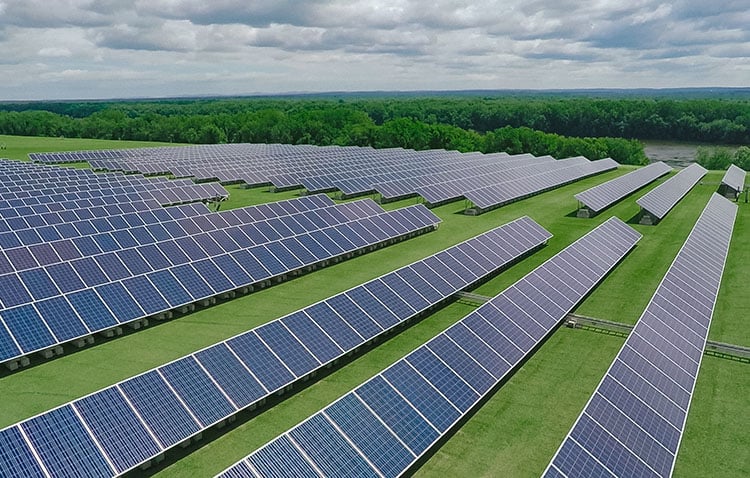 Landfill owners are given the opportunity to generate revenue from what might be otherwise undevelopable land. Such sites are usually located near roads and electricity distribution infrastructure. Areas with larger populations tend to have high energy demand. Opportunities exist to lease the land, sell energy to a local utility and/or generate state renewable energy credits (SRECs). For sites already capped with ClosureTurf and future closures slated for ClosureTurf, PowerCap system is an ideal solution. 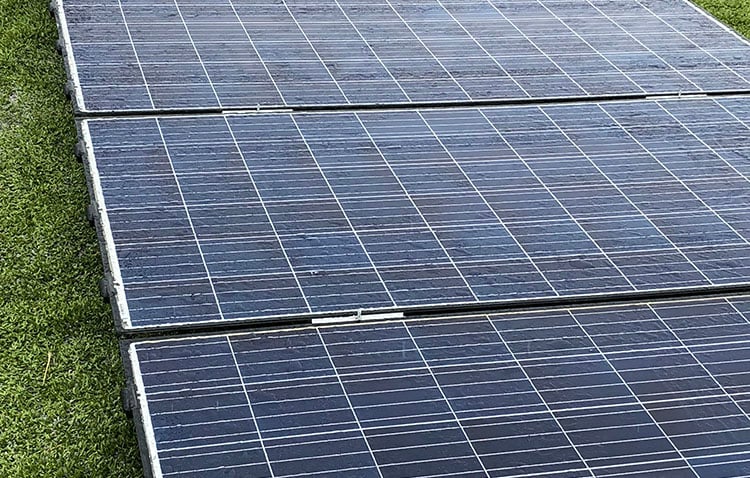 Tailings, also called tailing ponds, are the materials left over after the process of separating the valuable portion from an uneconomic portion of an ore. The pond is generally impounded with a dam and known as a tailings impoundment. Tailings ponds are used to store waste made from separating minerals from rocks (slurry) produced from mining. Companies that utilize ClosureTurf on its tailing impoundments for a capping medium will be able to add a renewable energy alternative with PowerCap. This will allow mines to generate energy at their facility from waste sites.

Hydraulic forces from storm water runoff can cause significant erosion and scour of channels and streambanks. The majority of natural streams migrate laterally without impacting the stream’s surroundings, both upstream as well as downstream. Lateral migration can become an issue when the stability of nearby infrastructures is endangered due to excess sediment erosion.

Watershed Geo® has designed and constructed two specific products, HydroTurf® Z and HydroTurf® CS, which are specially engineered revetment systems to be used as articulated concrete block replacements. The HydroTurf®revetment technology is engineered to resist erosive forces under high velocity conditions, even on steep grade applications. HydroTurf® provides the best of both worlds—the aesthetics of vegetation with the protection of a hard armor revetment at less expense.

Outfall structures need to protect watercourses, channels, swales, basins, and other storm water features against erosion. HydroTurf® provides an excellent solution for the concentrated and high velocity storm water flows exiting outfall culverts. Unlike rock rip rap which requires ongoing maintenance and even replacement, HydroTurf® is a permanent erosion control solution that has a design life of 50+ years.

Overtopping is a common failure mode for earthen embankment dams. Currently, numerous dams cannot pass the Probable Maximum Flood (PMF) without overtopping. Many of these embankment dams would have a high probability of failure if subjected to a sustained overtopping of a foot or more.

HydroTurf® revetment technology is the solution to provide erosion protection in the high velocity applications of dam spillways and embankments. It has been shown to be able to withstand 5.5 feet of overtopping resulting in a velocity of 40 ft/s with no instability or damage. It is also able to survive and prevent erosion in severe hydraulic jump conditions. Besides this excellent hydraulic performance, HydroTurf® is low maintenance, cost efficient, and aesthetically pleasing.

Erosion control on slopes can be challenging, especially when vegetation is difficult to establish. HydroTurf® is the solution for these slopes by providing an armament that looks and feels like natural turf. It provides resistance to erosive forces causes by hydraulic or mechanical stresses, especially on steep, unstable slopes. HydroTurf® is a great alternative to solutions such as turf reinforcement mats (TRM’s) because no vegetative maintenance is required, and rock rip rap because the system stays in place over it’s design lifecycle.

A levee will often fail to do its job and a breach may occur, where its foundations become weak and certain sections break away. In other cases, water travels over the crest of the levee, which is commonly referred to as “overtopping.” Additionally, surface erosion can gradually occur over time due to a combination of adverse weather conditions, such as extreme winds and high waters. To limit levee overtopping and minimize damage to the surrounding areas, levees are regularly reinforced with rocks or concrete to prevent breaches. Frequently, levee armoring protection as well as other flood bank and embankment protection solutions are utilized.

During Hurricane Katrina in 2005, numerous levee breaches occurred in Greater New Orleans. Many of these breaches were attributed to wave overtopping causing significant erosion of the landward side-slopes of the earthen levees. Since Katrina, various levee armoring systems have been evaluated to protect this landward side against severe hydraulic loading.  HydroTurf® outperformed all known armoring systems that were evaluated. This specially engineered revetment solution armors levees for protection against the extreme hydraulic conditions of storm surges, wave overtopping, and river flooding.

HydroTurf takes erosion out of the roadside maintenance equation.  Designed specifically for roadside applications such as drainage channels, banks, steep slopes, downchutes and bridge abutments, HydroTurf serves to protect against high velocities and highly eroded soils.  It is a permanent armoring system that D.O.T. crews can install in one day or less because it is lighter than concrete and rock, and only requires light-weight equipment.  Long-term maintenance is virtually eliminated because there is no mowing or seeding necessary, and no need to replace displaced/sunken rock or cracked concrete.  The system is flexible to withstand differential settlement and the engineered turf provides roadside green aesthetics all year round.

Protected Membrane Roofs (PMR) have traditionally required a ballast of stone or concrete pavers to stabilize and protect the underlying insulation and roof membrane from wind uplift and physical / environmental damage. HydroTurf® replaces these traditional forms of ballast with many advantageous. It is lighter and less costly with significantly better aesthetics. HydroTurf® has been shown to resist uplift at wind speeds over 120 mph. Also, since it is a hardened revetment with a 50+ year functional longevity, it provides excellent resistance to physical and environmental damage.

Used by Top Golf Courses throughout the world, the HydroTurf® Revetment System is the ideal solution for courses where natural vegetation takes a beating and is difficult to establish and maintain. Because of this, Watershed Geo® has designed specialized product solutions for golf courses. HydroTurf® offers the look of real grass but with the added functionality of hard armor erosion control applications that address issues involving rising and declining water levels on lake banks or cart path termination points where natural grass fails to grow. With artificial turf technology used in sports such as football, lacrosse, baseball and golf, Watershed Geo® has engineered effective solutions that fit nicely in a golf course superintendent’s repertoire of erosion solutions.

The best golf courses are always designed and constructed to successfully direct (and tolerate) nonstop foot traffic. Watershed Geo® has used its years of experience in the industry to design and construct HydroTurf®, a specially engineered armoring system that can be installed wherever the grass areas situated around walkways, golf cart paths and lake banks have thinned and/or will not grow. Both HydroTurf® CS and HydroTurf® Z are ideal for any golf course design that requires a hard-armored yet aesthetically pleasing grass solution, particularly if the location suffers from dead vegetation or rutting.

HydroTurf is designed to permanently cover the protective soil so that water can’t penetrate and erode the subgrade which can damage the integrity of pipelines.  Retrofitting or new construction is quick and easy, and installation requirements are minimally invasive to the surrounding area.  Sites are safer because only small equipment is required and there is no need for heavy concrete mats or riprap to hang on or hit the pipeline or be swung overhead for placement.  It can be driven on and used for low water crossings.  It is ideal for sites that are difficult to access and minimal grading work or straightening is required due to the system being able to form to the natural stream curves.  There is minimal maintenance required because the system prevents vegetation growth.