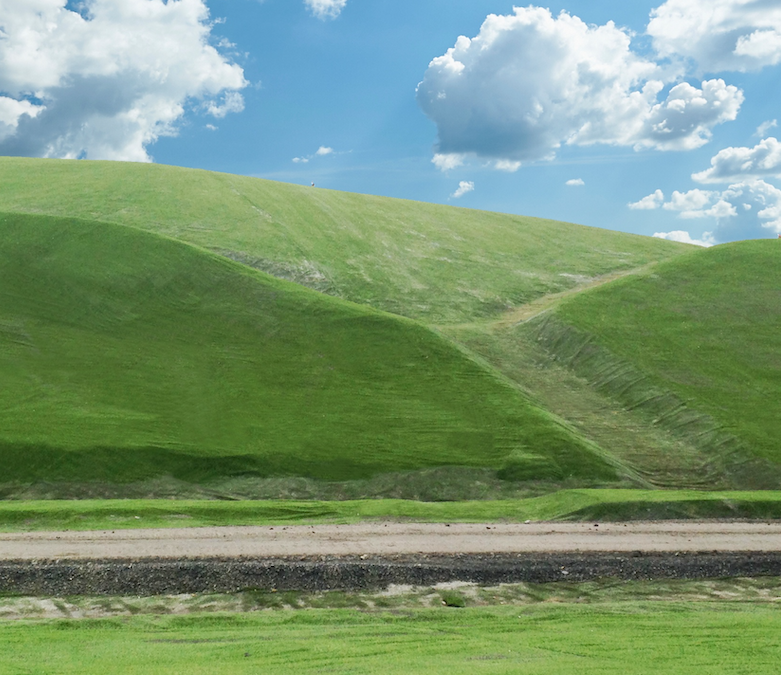 Traditional soil covers are subject to veneer-type slope failure due to insufficient interface shear strength and the possibility of excess hydraulic head in the soil cover. By removing the burden of the heavy soil layers, final cover slope stability is significantly improved due to the highly durable interfaces of engineered turf. In fact, there are two interfaces in ClosureTurf®—the interface between the engineered turf and the structured geomembrane, and the interface between the structured geomembrane and the subgrade soil or waste. 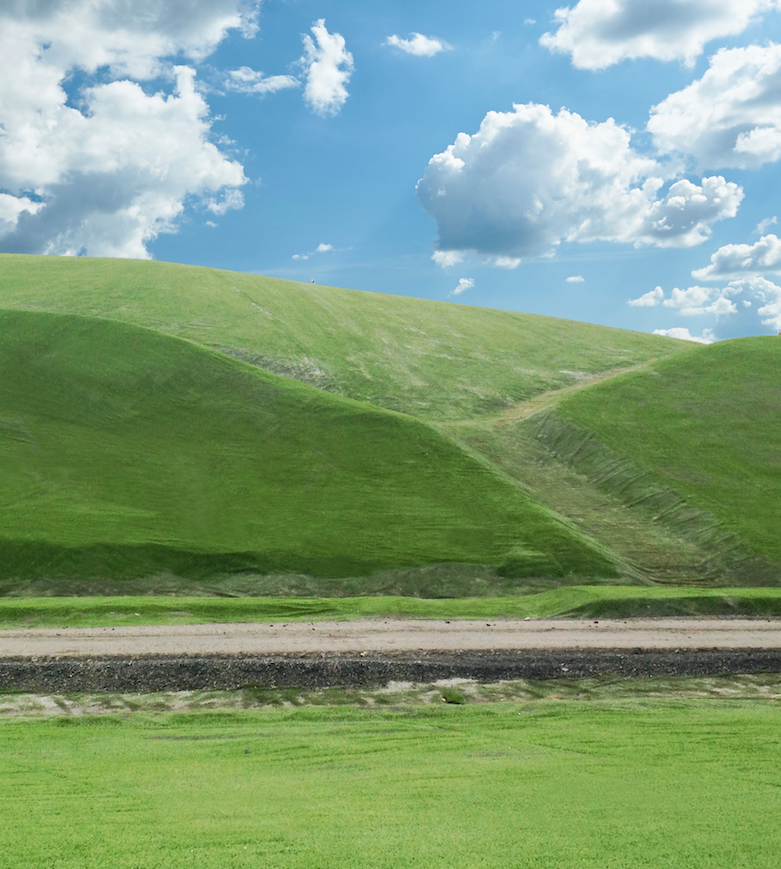 Landfills settle as a result of coal combustion residual (CCR) compression and the consolidation of foundation soils. The dewatering and consolidation of sludge, as well as differential settlement, can create depressions in the final cover, causing traditional soil covers to crack and ponding to occur on the cover surface. Engineered turf systems will tolerate a much larger differential settlement than soil covers due to the elongation of the geomembrane. The flexibility of the system conforms to the surface depressions without damaging the cover.

With the low load-bearing capacity of saturated ash, there are concerns that the additional geotechnical loading of a soil or clay cap and vegetated soil cover could produce excessive surcharge stresses, creating the geotechnical instability (i.e., sloughing) conditions often associated with very low California Bearing Ratio test value subgrades. What we have found through the successful deployment of geosynthetics is that it eliminates the possibility that these settlements will result in reversing the final grades of the cover due to the additional surcharge-type loading after the geomembrane installation.

Wind tunnel testing was conducted at Georgia Tech Research Institute to evaluate the wind uplift of engineered turf. Wind actually created a downward force on the turf, and it resisted a hurricane-force wind of 120 mph without being lifted. Several project installations have experienced significant, if not historic, weather events, including hurricane-force winds and recordsetting rainfall. A closure project in South Carolina endured a 1,000-year rain event when a hurricane swept through the area, and a Florida Panhandle project experienced a historic 500-year storm event in which 5.68 inches fell in a single hour (26 inches total in a 24-hour period). No damage to the system was incurred. Additionally, northern installations with an engineered turf system have provided opportunities to evaluate its performance in areas that encounter cold, high wind, and snowy conditions. Geosynthetics perform exceptionally well in each of these extreme-weather scenarios.