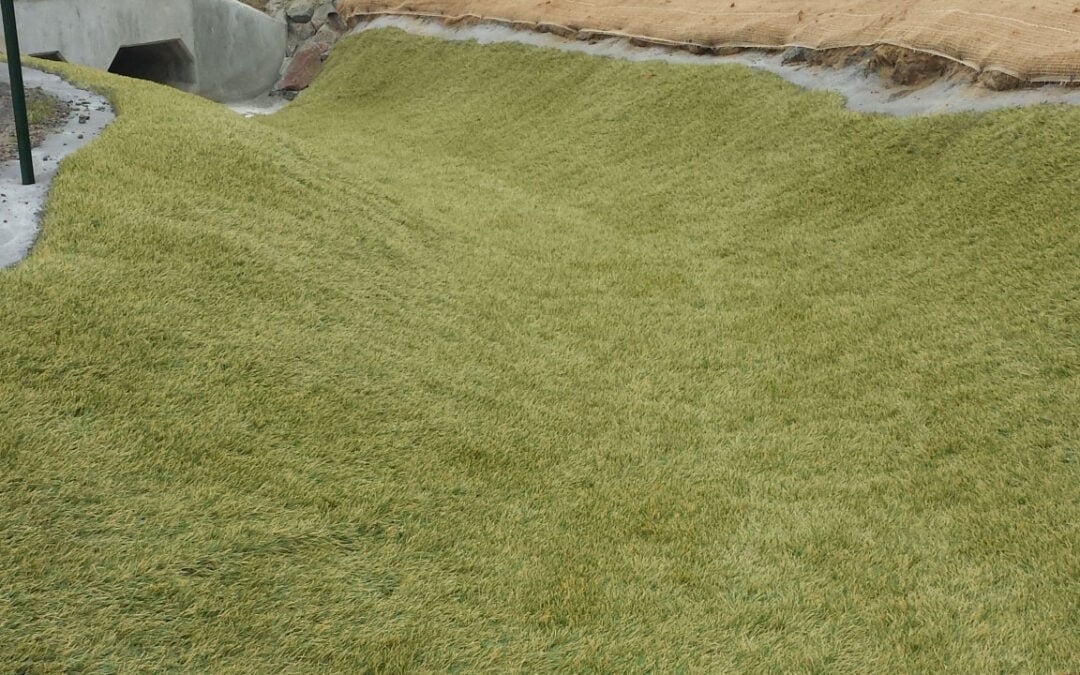 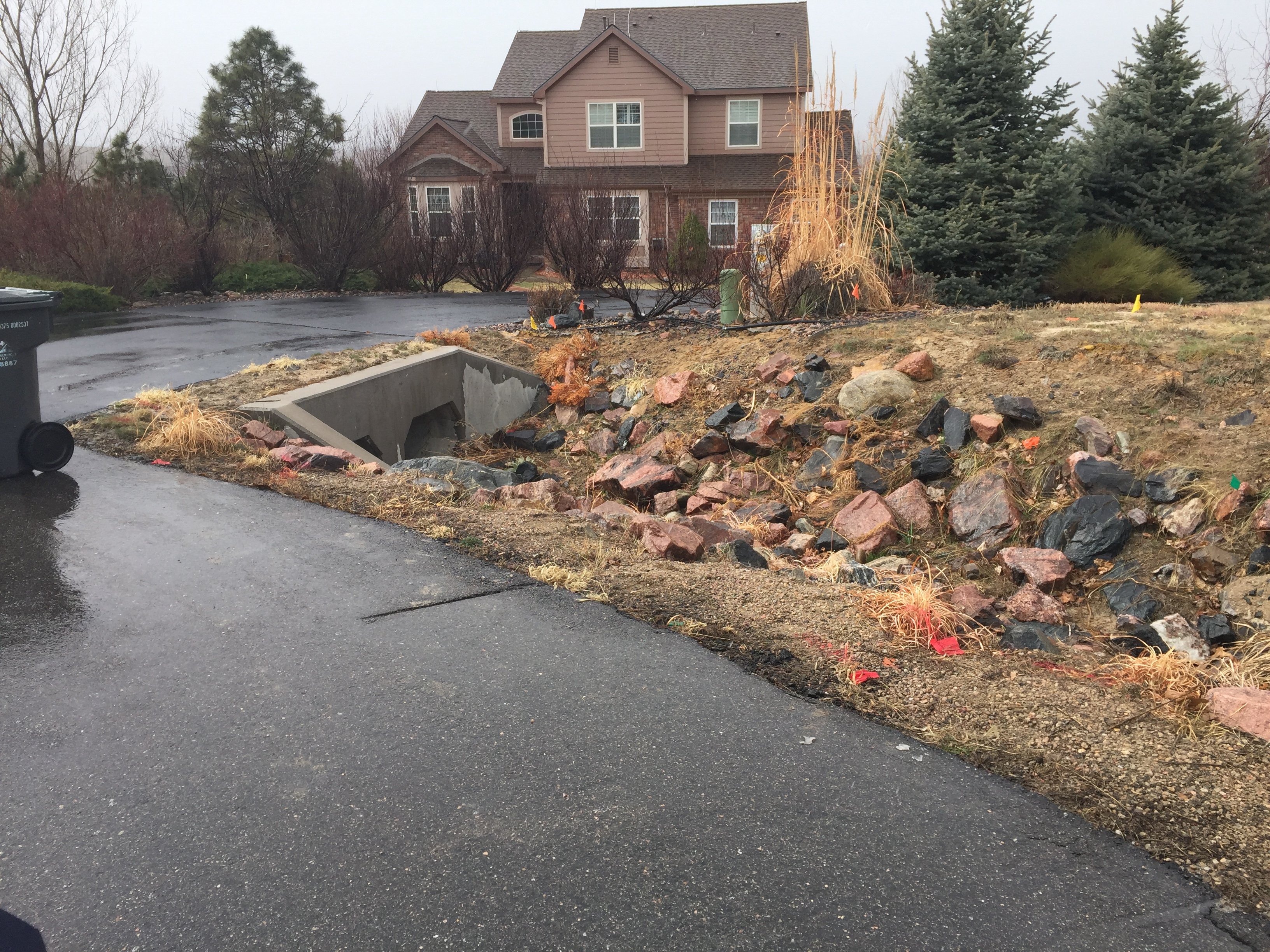 The Town of Parker, Colorado, faced a number of challenges with the Robinson Ranch swale project.  The channel, originally designed with a layer of rock riprap protection, began experiencing overtopping as a result of having to add more rock layers.  Maintenance crews struggled to constantly clean out sediment which had been collecting and eventually started adding more riprap because it was sinking into the soft soils.  This building up approach both blocked and slowed down water flow, and began changing the volume and slopes of the channel itself.

By redesigning the channel with HydroTurf, the town was able to reduce the protection layer thickness, thus allowing room for water to flow properly.  Channel integrity was no longer compromised and long-term maintenance was greatly reduced.

In addition to performance benefits, HydroTurf’s ease of installation allowed the town maintenance staff to complete the project in two days even with inclement weather conditions.