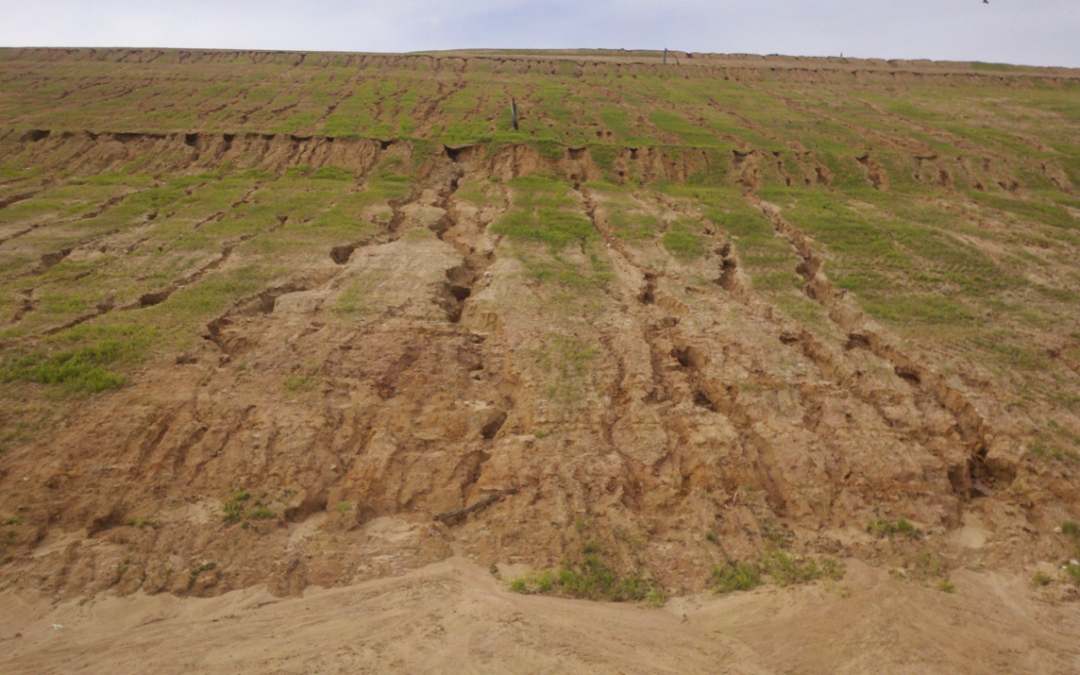 WHY ARE  FUNDAMENTAL FLAWS BEING OVERLOOKED IN LANDFILL CLOSURE DESIGNS?

If we look back at the origins of RCRA’s Subtitle D and the genesis of what we now commonly refer to as a “prescriptive cover”, it is worthwhile to remember that the primary objective of Subtitle D was to establish an acceptable, regulatory method for the secure storage of environmental contaminants.  At the time, the best approach that could be devised was to construct and close landfills with geotechnically stable slopes (i.e. 3:1), encapsulate the waste contained within the landfill with a Flexible Membrane Liner (FML) and cover the FML with a protective layer of soil to prevent damage from UV, weather and trafficking stresses.

It is further worth noting that if we approach this from a revegetation perspective alone and forget about the waste-encapsulation objective, and were to present an application of very long, very steep slopes with poor soil quality to a revegetation specialist, we can be assured that they will advise us that those conditions represent the greatest challenges to establish and maintaining vegetation cover.  So why do we seem to ignore these issues just because it is a landfill cap?  Given that it has been over thirty years since the prescriptive cover was originally defined, should we not expect that technological improvements would develop that would allow us to accomplish the primary objective of a long-lasting environmentally-sound encapsulation and cover method?

Surprisingly, the vast majority of the industry continues to use the same method originally defined in 1984, despite wide recognition of the limitations and high rate of problems associated with it.  To be clear, it is not accurate to say that a prescriptive cover cannot be constructed successfully.  However, it is accurate to say that the many challenges identified with establishing vegetative cover in these conditions contribute to a rate of failure that should spur us on to investigate other methods of constructing long-lasting, geotechnically stable and environmentally sound final cover systems.