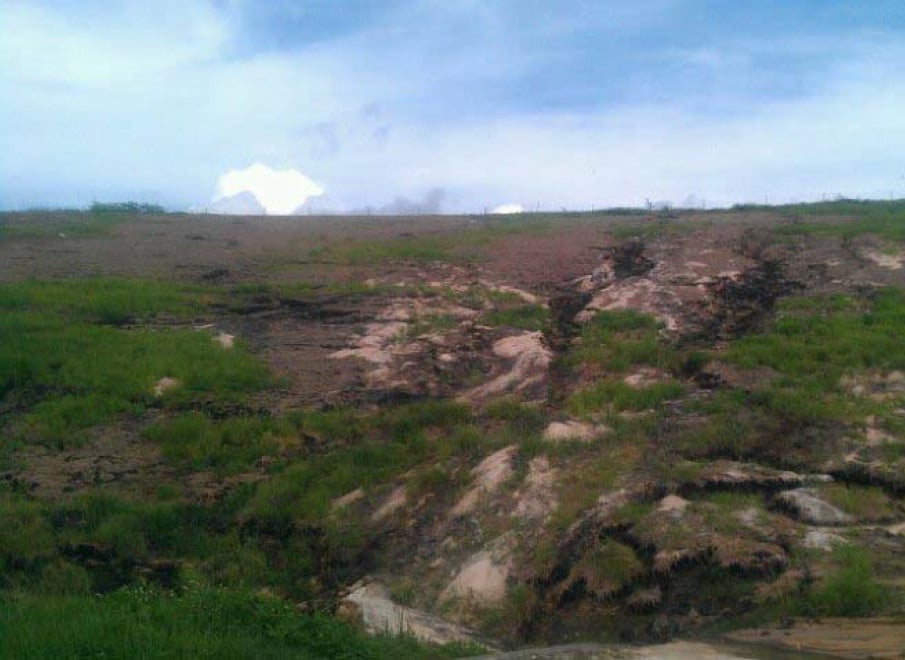 On June 9, 2013 Saufley Field Road C&D Landfill experienced a rain event of an estimated 4.5 inches/hour for approximately one (1) hour. 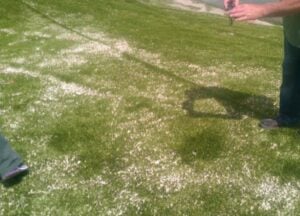 The facility experienced some minor rilling as shown in the first photograph to the right.

The aforementioned rain event was above the design standard of 4.0 inches/hour that is utilized for the design of ClosureTurf™.  The rilling was isolated to pockets ranging in size from 2″ to 12″ in approximate diameter as shown in picture.

The same type of rain event occurred at a similar, local  disposal facility that utilized a conventional soil cap/closure system.  The site experienced erosion and sedimentation runoff as shown in the picture below.

*Note:  For comparison purposes described above the impacted area for these two (2) systems was assumed to be equal.