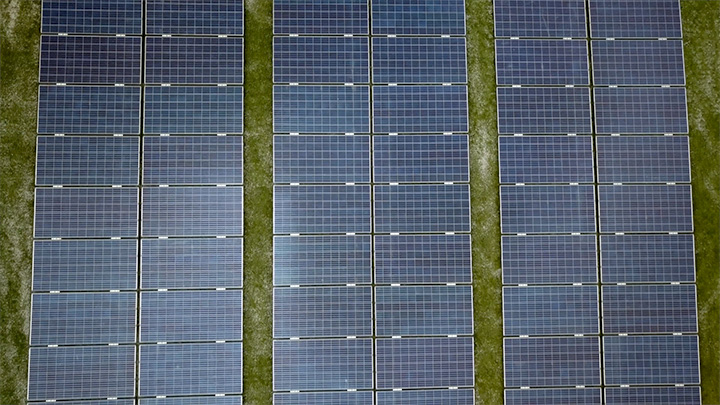 When considering a final cover system for a landfill or impoundment, it is important not only to keep water out of the waste, but also to ensure that nothing detrimental comes off the surface and lands in the water carried offsite. Considering the average size of CCR impoundments and landfills, opportunity exists for significant sediment pollution through erosion that is often an inherent part of traditional soil covers.

ClosureTurf provides clean runoff with very low turbidity because it does not have a soil layer, except for the thin (0.5-inch thick) layer of sand infill. The sand acts as a natural filter as the water moves down the slope and channeling areas. As a result, sites have experienced a 90% reduction in turbidity, resulting in cleaner water. These systems also significantly reduce sediment loading to surrounding channels and sedimentation detention basins either onsite or offsite. This produces a positive impact on overall storm water quality, allowing effluent levels to meet (or be well below) the regulatory turbidity limits. Most importantly, they consistently provide repeatable water-quality results for every design storm event.

In areas of channelized flow (bench drains, down chutes, and perimeter channels), the geosynthetic turf system can be infilled with a fiber-reinforced, high-strength concrete matrix instead of sand. This specialized pozzolanic infill created specifically for storm water applications will flex and move with typical differential settlements that occur on permanent covers. It provides superior hydraulic performance capable of handling high shear stress and large flows, resulting in very high velocities.

ClosureTurf also requires very low post-closure maintenance compared to alternative soil systems. The cost of maintenance is estimated to be as much as 90% less as a result of reduction in maintenance activities, including the vegetation, mowing, fertilization, irrigation, re-vegetation, erosion repairs, and storm water pond cleaning associated with traditional soil covers. Common erosion, storm water, and siltation problems are prevented—even during severe weather events such as intense rainfall, hurricane force winds, and earthquakes. Further, they protect against driving forces and severe weather conditions such as drought and heat.

With recent federal regulations likely forcing the closure of many power plants’ coal ash impoundments, an engineered synthetic system provides an ideal foundation for utilities to deploy solar generation alongside active or retired coal-fueled plants. One of the biggest hurdles to utility-scale solar is finding suitable sites with grid infrastructure for interconnection. By nature, this problem is alleviated when solar is sited at an existing or retired power plant and the impoundments have been capped with engineered synthetic turf systems.

ClosureTurf allow the direct attachment of new solar technology, maximizing the beneficial use of closed landfills.

Challenges to deploying solar panels on vegetated caps include fugitive dust, grass clippings, and potential damage from mowing equipment. Additionally, panel systems might move or break due to settling caused by erosion impacts to a vegetated cap. Upright solar panels have been successfully deployed on numerous synthetic cap closure sites across the U.S. Recently, Watershed Geo demonstrated a unique approach to maximizing solar collection at landfills and impoundments. The solar system combines the most advanced, proven panel technology with a rackless, direct surface attachment system that can be used on the top decks and side slopes of a geosynthetic turf foundation.

An engineered synthetic turf system is a proven technology that solves problems that have been plaguing the industry for decades. It addresses landfill stability and erosion problems by providing a long-lasting, geotechnically stable, and environmentally friendly final cover system that significantly reduces construction time and maintenance costs while providing an ideal foundation for solar panel deployment. The volume of existing CCRs, in both landfills and impoundments, represents a staggering volume that will need to be closed, in some cases on very aggressive schedules. According to the EPA, there are over 310 active CCR landfills, with an average size of approximately 120 acres, and 735 active CCR surface impoundments, with an average size of roughly 50 acres. The amount of coal ash likely destined for future disposal is expected to remain significant for years to come, leaving an ongoing disposal challenge that can greatly benefit from the use of new and emerging technologies such as ClosureTurf.