A local community rallied to save two lakes which were in jeopardy of being drained as mandated by NJDEP Dam Safety. The residents formed a non-profit in order to preserve and restore the lakes and adjoining dam. HydroTurf® was selected as a cost-effective, low-maintenance and long-term solution which preserved the outdoor recreational space and its wildlife.

When the Upper Victory & Sunset Lakes located in Monroe Township, NJ were found to be non-conforming to New Jersey Department of Environmental Protection dam safety regulations, the lakes were in danger of being drained. Drainage of the lakes would have left the local community without its water recreational space resulting in significantly lower property values. Additionally, the wildlife that depends upon the lakes would be left without a home.

To save the lakes, costly repairs to the dam were required. Local residents formed the non-profit community organization called The Friends of Victory Lakes Association, Inc. (FVLA) to purchase the lakes from the previous owners and restore the dams. The FVLA evaluated options and raised funds for the Victory Lakes Dam Restoration.

HydroTurf® was chosen for overtopping protection because it is a cost-effective, low-maintenance solution that will provide long-term armoring with the aesthetics of turf.

Overtopping of dams can lead to failure, potentially causing significant downstream damage including loss of life and property. HydroTurf is specifically designed to protect earthen embankment dams like Victory Lakes during overtopping. Many embankment dams have a high probability of failure due to inadequate height and insufficient spillway capacity. HydroTurf provides exceptional erosion protection for the high velocity applications of dam spillways and overtopping. 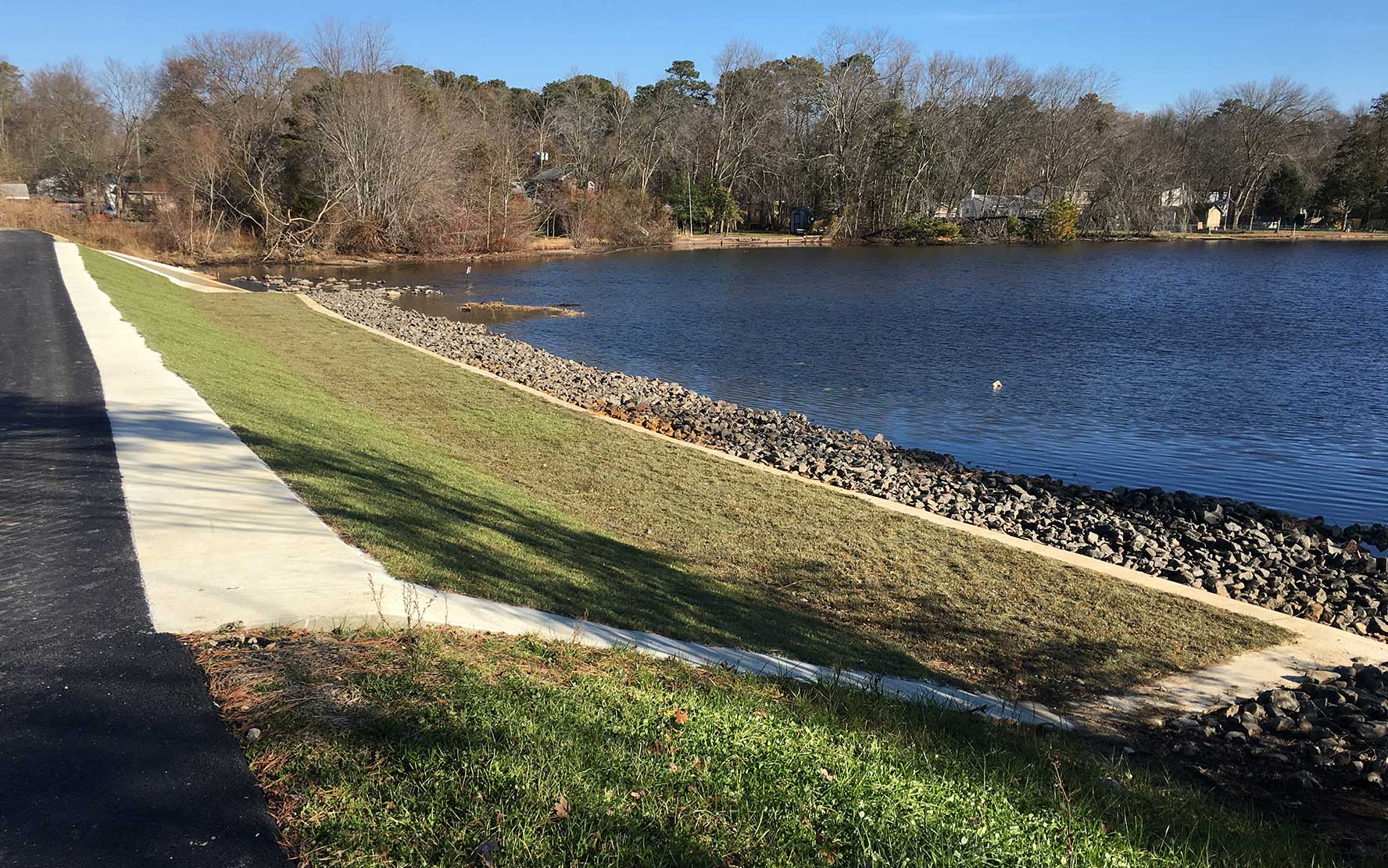